I think about this stuff alot...wavering between living a simplier life, then coveting a heated towel rail for winter.
Grand Designs, and those Tiny Tumbleweed Houses sit side by side in my mental 'want' list.
Sometimes it a struggle to know where money is best served.
I baulk when charities ring up for donations, yet gladly and willingly spend my money on op shop frivalities.
Changing the way I think about money, and use it, is a daily challenge...I have spent money on magazines that I will probably do no more than glance through once, and even though I really promised myself I wouldn't buy another one, I sucumb.  The lure of the cover, the promise of a great article about stuff that is so imperative to know...it's one of my weaknesses.   Even that new magazine smell does it for me!
Recalling a conversation with a friend about giving up magazines for the Challenge, I was startled with the fact that my frugal friend never buys them.   She can't afford them, so she doesn't.   I felt rather confronted as what I felt like a big sacrifice, was a simple thing to her.  My mistake I fear is that I gave myself an allowance of one per month, and well that's like saying just one biscuit. 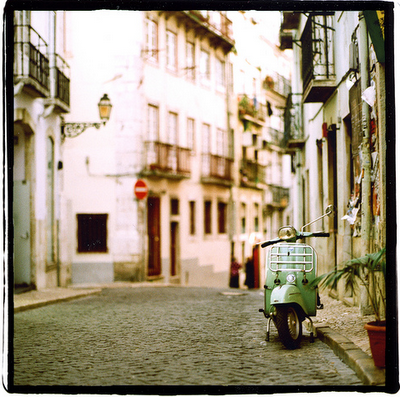 image from here
This post isn't all about magazines, but how easy it is to get lured and seduced by consumerism.
A very wise person told me, that even if you think you are in complete and utter control, ad's can still reak a huge influence on our spending.  After reading Buyology, I think it's true.   You may have seen an ad for a product, let's say a mattress, brand X.  You don't need it.  It doesn't bother you.  You seem oblivious.  Then one day, you need a new mattress.  Why is it you are so drawn to that brand X?  It seems obviously the right choice, although you can't really put your finger on why.
Turn off ads, or at least mute the volume, it can lessen the impact.  I think of ads a bit like additives in food...often we can't avoid them completely, desperate though we might be to, but perhaps the best course of action is to minimise them as much as we can.
I want to share this extract from Seth Godin's blog:
Consumer Debit is not your friend:
Here's a simple MBA lesson: borrow money to buy things that go up in value. Borrow money if it improves your productivity and makes you more money. Leverage multiplies the power of your business because with leverage, every dollar you make in profit is multiplied.

That's very different from the consumer version of this lesson: borrow money to buy things that go down in value. This is wrongheaded, short-term and irrational.
A few decades ago, mass marketers had a problem: American consumers had bought all they could buy. It was hard to grow because dispensable income was spoken for. The only way to grow was to steal market share, and that's difficult. Enter consumer debt.
Why fight for a bigger piece of pie when you can make the whole pie bigger, the marketers think. Charge it, they say. Put it on your card. Pay now, why not, it's like it's free, because you don't have to repay it until later. Why buy a Honda for cash when you can buy a Lexus with credit?
One argument is income shifting: you're going to make a lot of money later, so borrow now so you can have a nicer car, etc. Then, when money is worth less to you, you can pay it back. This idea is actually reasonably new--fifty years or so--and it's not borne out by what actually happens. Debt creates stress, stress creates behaviors that don't lead to happiness...
The other argument is that it's been around so long, it's like a trusted friend. Debt seems like fun for a long time, until it's not. And everyone does it. We've been sold very hard on acquisition = happiness, and consumer debt is the engine that permits this. Until it doesn't.
The thing is, debt has become a marketed product in and of itself. It's not a free service or a convenience, it's a massive industry. And that industry works with all the other players in the system to grow, because (at least for now) when they grow, other marketers benefit as well. As soon as you get into serious consumer debt, you work for them, not for you.
It's simple: when the utility of what you want (however you measure it) is less than the cost of the debt, don't buy it.
Go read Dave Ramsey's post: The truth about debt.
Dave has spent his career teaching people a lesson that many marketers are afraid of: debt is expensive, it compounds, it punishes you. Stuff now is rarely better than stuff later, because stuff now costs you forever if you go into debt to purchase it. He's persistent and persuasive.
It takes discipline to forego pleasure now to avoid a lifetime of pain and fees. Many people, especially when confronted with a blizzard of debt marketing, can't resist.
Resist. Smart people work at keeping their monthly consumer debt burden to zero. Borrow only for things that go up in value. Easy to say, hard to do. Worth it.

I really like the stuff written by Seth Godin, but do you think we are seeing a new generation of marketers, who are still 'peddling' their wares (ideas) to consumers, but in the form of 'we are on your side'?  Interesting.

Just even remembering that ads are designed to make us feel inadequate, can quell some of their power.
You really have to be on your guard, and it's getting harder.
Know that your sense of smell is the 'new' black for luring our senses, that marketers are using, and will continue to do so with increasing vigour.

So, what are some things you have done to make it easier to resist consumer temptation?
I would love to hear some of your stories.
x
Posted by Luisa at Friday, May 07, 2010