If home is truly where the heart is, where does your heart lie?
I often find I'm asking myself this question.
Four years ago, my family and I moved to Victoria.   Then, not long after arriving there, suddenly and unexpectedly, due to a change in our circumstances, we found ourselves desperately seeking accommodation in a country town in north east Victoria just before Christmas.  It was the closest I had ever felt to homeless.   It was peak tourist season, everywhere was booked out, it was impossible to find anywhere to stay.   After a few phone calls, we found a property with a bed and breakfast, however this unavailable.   The lady on the phone must have sensed the utter desperation in my voice, because she eventually offered us an 'unofficial' option if you will.  She was being careful to stress that the place she had in mind was far from a 'b & b',  'wasn't complete', and 'there was still work to do'.   To be perfectly honest, at that point, I was looking at pitching a tent in a field somewhere (except we didn't have a tent), even the local caravan parks were booked out, so whatever she may have had sounded wonderful.   It was a barn.  A dairy.  Perfect.  It's Christmas.  If it's good enough for Mary and Joseph, then hey, it's good enough for us. 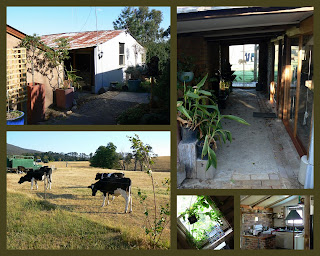 This collage shows 'the dairy', where we stayed, you can see we had a little 'mock-up' Christmas tree, that was actually a creeper coming through the window from outside!

Then, on the weekend, I found myself in a beautiful country town in the Huon Valley, a place called Ranelagh.  There are parallels to the country town where we stayed in Victoria, Healesville.    You can see by the pictures, the countryside is similar.

Some of these similarities, I will show you in the photos. 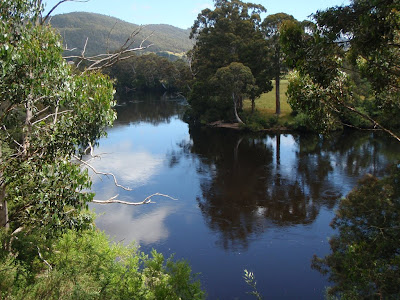 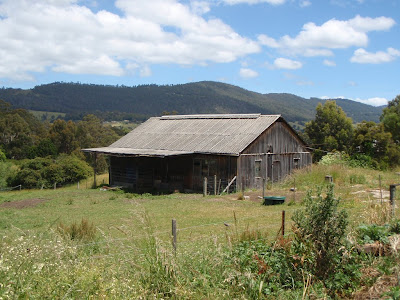 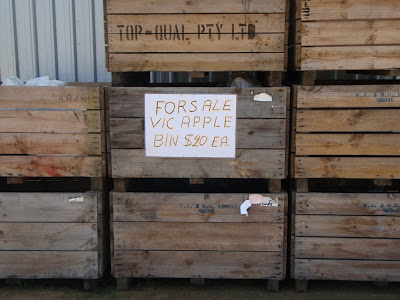 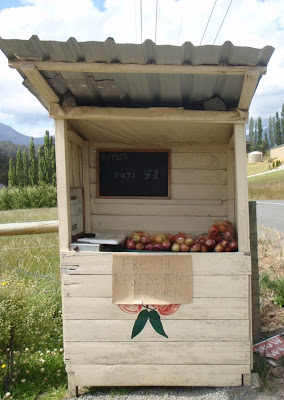 There are also wineries to visit 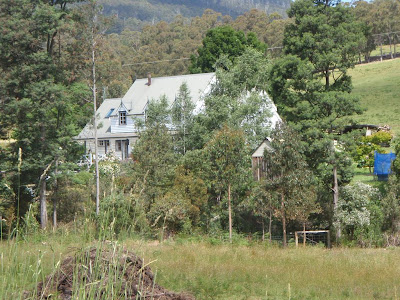 Beautiful timber turn of the century cottages, a mixture of old character homes, and new sub-divisions. 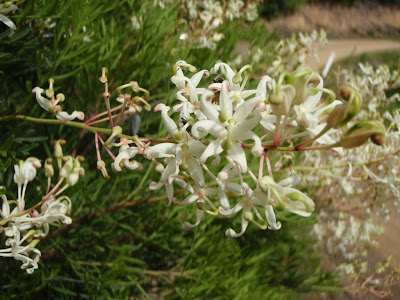 Australian natives, including those looking for an alternative lifestyle

I suppose that's why especially this year, I am thinking of that time, four years ago.  Feeling out of place, looking for a new place. 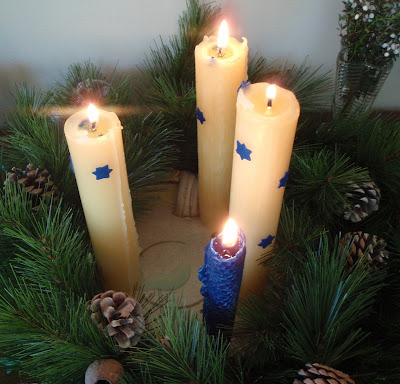 I wonder how Jesus must have felt coming down from a perfect Heaven to Earth, and then having to fit into a human body, with all it's weakness.  But he was on a plan, a mission, and he had a two way ticket.  He would eventually go Home.  But still, it must have taken a lot of love, to come down here, I reckon.  Home is where the heart is, and I know His heart would have belonged to His father.   Sometimes it's hard to fathom, why? 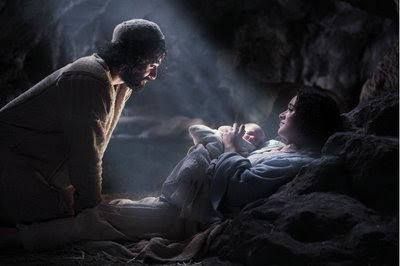 Jesus' earthly mamma and pappa were ready for the challenge, even though they had no idea what they were really getting themselves into, they had faith that it would be okay.  Faith in the One he was sent from.

For God did not send his Son into the world to condemn the world, but to save the world through him.

In my Father's house are many rooms; if it were not so, I would have told you. I am going there to prepare a place for you.

Join other 'pause for Adventer's' here.  This is the last Advent post for this year.   I've enjoyed the reflection it has bought, probably more so than if I hadn't had been blogging.  Maybe I wouldn't have given it so much thought, and the time I needed to reflect.  So, I really need to thank Floss for starting such a lovely blogging community idea.  Thanks Floss.